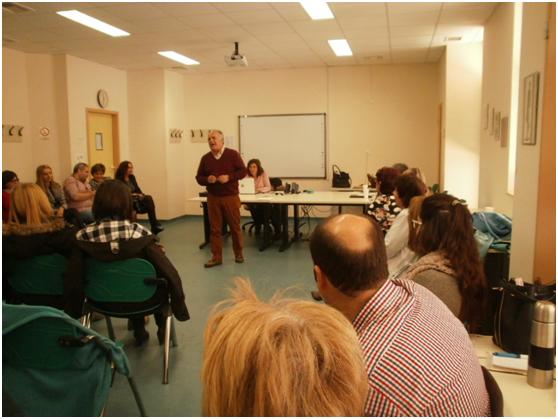 The second training, conducted as part of Work Package 7 in Greece, was carried out on the 16th and 17th of November in Alexandroupoli, the capital city of the regional unit of Evros. The training was carried out in collaboration with the General University Hospital, one of the largest in the Balkans. In the area of Evros, are situated the only mainland passages from Turkey to Greece through the river and there are always refugee/migrant arrivals. However, in 2015 the number of arrivals decreased, due to the fence built in the Greek-Turkish borders by the previous government, in order to control the borders.

The training was carried out in the General Hospital of Alexandroupolis and the participants (doctors, nurses, social workers, psychologists) were from different hospitals, situated in the area of Thrace (Komotini, Xanthi, Didymoteiho). Moreover, participants originated from the local public health services and the coast guard. The number of attendees was again higher compared to ones who registered, being 38 in total.

From the completed evaluation forms, it can be argued that the trainees were completely satisfied by the training provided and they expressed a request to visit the hospitals of Komotini and Kavala, a city with refugee camps. The topics they liked most were trafficking, cultural diversities and communicable diseases. Lastly, it should be noted that the training was reported on the local media.